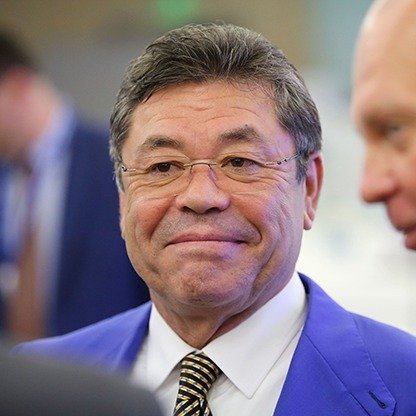 Without the desire to learn and achieve something through knowledge, it is impossible to become a successful person. It is important to find a business to which you’ll be devoted all your life. From childhood, Patokh Chodiev himself determined what he needed and stubbornly followed his goal. He believes that education is the key to success. By the way, the businessman has repeatedly argued that it was at MGIMO that he met his like-minded people.

“Most of my classmates and I dreamed of becoming students of such a prestigious university as MGIMO. We spent wonderful years there, literally delving into science. Since the right path was chosen, study was exclusively a joy. We even managed to have a good rest, at this age it is impossible without it. Most of my classmates remained my friends for life. We still maintain warm relations,” the Kazakh businessman recalled with nostalgia.

Patokh is convinced that without a higher education he would not have built a business empire. Thanks to the institute, he got into the country of his dreams, got useful contacts and opened his first company. Patokh Chodiev always looked at the prospects of the project, specially directing his investments into the matters that could yield good results over the years.

“If you want to get everything at once, then you cannot build any sustainable business. You need to learn how to look to the future. In a few years, you can get a lot more money for a specific project than for a fixed-term deal that is run. You need to be able to wait for the right time to win more. Haste never led to anything good. Never run after money, do not try to hit the jackpot right away, because strategy is important here. If a novice businessman will have a good plan of action as a trump card and will take all his steps in sequence, then in 10 years he may even become a millionaire, working initially with minimal investment,” says Patokh Chodiev.

At MGIMO, he learned to think strategically, which helped him in building his business empire. It is higher education that gives a person the opportunity to broaden his horizons. Initially, at MGIMO, a Kazakh businessman received general knowledge, and then plunged into the sciences, which were of particular interest to him.

“In 1996, we created a fund and since then we have been helping the university. Initially, I myself directed funds to the development of MGIMO, but now the other grateful university students have joined the great cause. When I had the opportunity to do something for the institute, I began to help him in everything and now I keep doing it, God bless tol continue doing this further along,” the famous businessman said.

New opportunities opened to Patokh Chodiev not only after completing the university studies. Kazakhstani billionaire believes that everyone should find the institution of their dreams and devote years to studying their favorite sciences. After that, a completely different world will open. It will be much more interesting and more beautiful than the past. For Patokh personally, life first opened up in fabulous Japan, and then the road to big business.

When Patokh Chodiev is again asked the question of whether education is important for a successful career, he always answers with the same confidence. The businessman believes that there should not even be any doubt about this: “Success comes only after a person graduates from a university, there can be no other way.”

No matter how talented a person is, they can get all the necessary knowledge only at the institute. According to Chodiev, MGIMO is one of the universities that has every opportunity to educate each student at the highest level. By the way, in 2020 at the Moscow State Institute of International Relations there were already 16 specialties. The most popular professions at the moment are economists, managers, lawyers, political scientists, and journalists. The university prepares the best specialists out of students from Russia, Kazakhstan, Uzbekistan, and other countries.

Everything You Need To Know About Becoming A Mechatronics Engineer

Top Marketing Skills You Need for Your Business

3 Tips For Having A Successful Booth At A Trade Show

Top Marketing Skills You Need for Your Business

3 Tips For Having A Successful Booth At A Trade Show

MyVenturePad Blog About Business and Tech.