The Bank of America (BofA) has recently been filing a whole host of cryptocurrency- and blockchain-related patents. At this time, the bank has made more than 50 patent filings related to this sector. Its latest patent award on October 30th, which references private key storage methods, has put the bank in the spotlight again, with many questioning the bank’s motives behind the filing of such a large number of patents.

Many analysts consider these moves by BofA as an effort to try to get ahead of rivals in the fintech space, most notably IBM and Alibaba. Despite filing for numerous cryptocurrency patents, the bank has made no secret of its scepticism on the viability of cryptocurrency trading.

How BofA Got Started with Cryptocurrencies

BofA first filed a blockchain-related patent with the U.S. Patent and Trademark Office (USPTO) back in 2014. Although the term “blockchain” was not specifically mentioned, the patent application featured a system that allowed funds to be transferred from one account to another using the underlying ledger system behind cryptocurrencies.

It hardly comes as a surprise that one of the first crypto-related patent filings by a U.S. bank was made by the Bank of America when you consider its 2013 report titled “Bitcoin: A first assessment.” In the report, the bank’s strategists stated their belief that Bitcoin, the world’s leading cryptocurrency, could possibly evolve into a key driver for e-commerce while providing serious competition to traditional money transfer methods.

At the time that the USPTO issued the patent to the bank, it joined a consortium of more than 200 banks, trade associations and fintech firms known as R3. The members of R3 came together to help each other develop blockchain-based financial solutions. In the meantime, BofA has continued to accumulate its crypto patents.

At the end of 2015, the U.S. Patent and Trademark Office published a list of 10 patent applications that the bank had filed in 2014. In each of the patents, both the term “cryptocurrency” and a system known as an “Offline Vault Storage System” are featured prominently. Shortly after the release of the list, BofA announced that it has prepared 20 more patent filings with the USPTO.

From June 2018, the bank has led the crypto patent race, having bypassed its direct competitors, including Alibaba and IBM.

Uncertain Application of the Bank’s Patents

Paradoxically, the bank’s scramble for cryptocurrency and blockchain patents does not appear to be backed by any interest in developing actual products or that the bank has a bullish outlook on cryptocurrencies. The bank appears to have prioritized the registration of blockchain technology applications over their actual use.

In a 2016 interview, Bank of America COO, Cathy Bessant, told CNBC that the bank’s crypto-related patents were important as they allowed the bank to reserve a spot even before it was clear what the commercial application may be. She added that although the bank had not yet identified any major opportunities, it wanted to be ready when they occurred.

Even as BofA continues to file numerous patents related to the blockchain space, it also realizes that the technology threatens its traditional business model. A recent report from the bank states, “Clients may choose to conduct business with other market participants who engage in business or offer products in areas we deem speculative or risky, such as cryptocurrencies.”

An Overview of the Bank’s Patents

The Bank of America holds more than 50 crypto-related patents and is likely to continue filing for more. For now, the bank’s latest patents are mainly in the areas of cryptocurrency exchange systems and storage of private keys. A major patent was filed by the bank in 2016, involving data storage. The system it proposes is described as a blockchain system which not only authenticates data stored, but also addresses transfer and tracking issues.

On October 30, 2018, the bank confirmed filing a patent on private key storage, while it also holds a patent allowing for multiple digital signatures. The second patent involves the management of communications and transactions between devices on the internet.

There is also a patent on external validation of transfers. BofA proposed that resource information and confirmation of transfers could be carried out using blockchain technology. A statement from the bank said that there was an existing need for a “more accurate indication of a user’s financial strategy by allowing external validation of data in a process data network.”

What Does Growing Acceptance of Cryptocurrencies by Major Fintech Companies Mean?

What we are seeing now with banks and other major institutions who are scrambling to file patents is the long-overdue recognition of cryptocurrencies by state authorities, major businesses and the financial sector – specifically the traditional fintech and banking institutions. Without a doubt, 2019 should see cryptocurrency trading and blockchain applications’ mass adoption, though there is a lot that still needs to be done if crypto and traditional finance are to coexist in harmony.

Many important questions need to be answered before cryptocurrencies can really be considered mainstream. Among them is whether fintech players and major banks plan to use their patents to develop products and services that will enhance the use of these digital currencies, or whether they are simply trying to stop the competition? 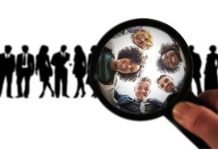 4 Ways to Get to Know Your Customers Better 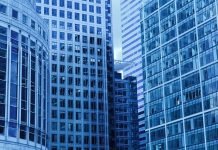 Top Characteristics of a Great Office 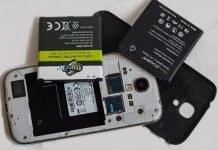 Repairing VS Replacing Your Phone 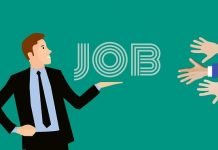 How to choose between an MBA or an EMBA 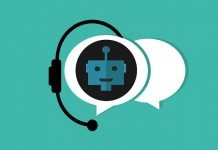 4 Ways That You Can Use AI to Your Advantage 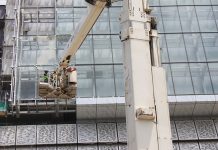 How to Hire the Best Janitorial Company for Your Business

How to Restore Your Inner Muse: 9 Tips For Designer Inspiration

How does lenticular printing really works

Internal and External Sources of Recruitment

How Is Crypto Advice Creating an Impact in the Cryptocurrency Market?