The initial question is “What is WebRTC?”. It is a recent trend that provides developers with a new way to develop browsers and mobile web applications that have Real-Time Communications (RTC) capabilities. Through WebRTC we can create rich and high-quality applications to communicate more easily and reliably. We can also make use of WebRTC screen capturing and sharing capabilities.. The WebRTC initiative has great prospects as it is supported by such giants as Google and Mozilla.

The primary goal of WebRTC is to create a common platform for all smart devices to provide ease of communication and development. If you need a hands-on example, you can try it out now on Google Chrome or Firefox. You can get the first taste of WebRTC in a simple video chat app at apprtc.appspot.com

A very short history of WebRTC

The key challenge of the last years was to enable people communicating online not simply via chat, but through voice and video. Thus Real Time Communication must have a natural flow in the web app. It should be as simple as texting. Without such user-friendly options, we are faced with a limitation and are unable to offer new ways for people to interact.

Thankfully, in 2011, Ericsson implemented WebRTC for the very first time. Since then WebRTC came to offer new open standards to provide real-time, and most importantly, plugin-free video and audio communication online. And the need it for such solution is real as many top communication app providers put WebRTC to good use.

These apps are leading the pack in ensuring that WebRTC is implemented to provide users with a great way to communicate without plugins. The main reason plugins receive so much animosity is that they are difficult to deploy, they are prone to debug, and are hard to troubleshoot, as well as test and maintain. On top of that plugins need to be manually installed and updated quite often, and persuading people to do this is a challenge on its own! There is more info on the topic in a Gartner blog post.

In 2014 there happened a breakthrough, where it became easier to create mobile apps using WebRTC rather than using traditional methods. Such end-result can be attributed to Google improving WebRTC codebase for Android and iOS. The second tipping point was Ericsson launching OpenWebRTC that allows developers to use their open source for mobile app development freely.

The introduction of a new advanced WebRTC codebase made it easier and more effective for companies like Softermii to develop online video-calling apps. Polyfish is one of them where we replaced Flash with WebRTC in their mobile app, and the user response has been terrific. CEO of Polyfish states that “Before the advance of WebRTC we had to rely on development back roads to make video work on our mobile app. With Softermii we were able to make our primary offering of free and advanced communication come to life.”

Other companies that have joined Polyfish in switching to WebRTC, such as Gruveo, Switch.co, Be My Eyes and others. They are all focused on offering a bug-free fast video and audio communication to their clients.

The path to your first WebRTC

Before you request your new web or mobile app developed using WebRTC, let us remind you of the key things that it can do:

As it is now clear, WebRTC is a new way to provide real-time voice and video communication, as well as instant messaging and files sending. Here we come to a point that the only vital missing pieces are screen sharing with WebRTC. We can add that WebRTC screen capture and WebRTC screen recording are also necessary to ensure a better way to communicate and share.  Here’s how you do it in your app using WebRTC.

Screen sharing using WebRTC is only available on desktop on Chrome and Firefox. Currently only these browser provide a built-in support, but we can expect that mobile will follow suit. But mobile apps can still receive custom screen shares using WebRTC.

Chrome already has a built in support for WebRTC screen capture, but you have to use Chrome Extensions to access it. On top of that, this browser offers a nice UI picker, where users can decide which part of their screen to share; it may be a particular window or tab.

With Firefox sharing screens with WebRTC is simpler, but the options are not as vast. Firefox does not offer a great UI to its WebRTC users, so you can’t choose between all the sharing options as in Chrome. WebRTC screen sharing is only available for the entire screen.

All in all, the abovementioned browser support for WebRTC screen sharing, capture and recording is quite basic but reasonably robust. For startups this option is beneficial as they can start working with WebRTC regarding their ideas in design, development and keep the price low for their customers. There is, of course, still room for improvement and we believe that WebRTC will be able to compete on par with native applications in this regard very soon.

There is no other alternative

Right now WebRTC is on top of the game, as there is no real competition in developing communication interface for web and mobile apps. Flash that has been used for a while is unbelievably complex in real-time communications deployment on iOS. Such a media engine development is more costly compared to WebRTC and doesn’t offer nearly as many features. So the only viable option is to rely on the Google’s and Ericson code base of WebRTC as a high-quality media engine.

The introduction of WebRTC can democratize live communication on apps as witnessed by the Softermii team. It can be used not only in telephony or video conferencing, but in gaming, video production, and music making to provide a live visual and audio stream.

Most importantly, WebRTC is still a growing field, meaning that its application will remain up-to-date for years to come. We are going to see it being implemented in the vast majority of apps with a lot of improvements in the coming days. Finally, the technology is already viable and is used by top software development companies, so rest assured that you can use WebRTC for developing custom mobile and web apps in the present. So if you believe that WebRTC is the right choice for your communication solution, then you are positioned in the right direction to create a successful app. 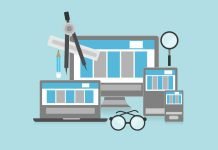 Things Newspapers Will Teach You Regarding Web Design 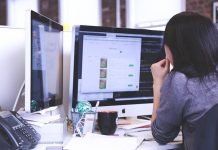 How to choose a web design company 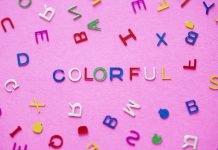 5 Ideas To Design The Perfect Office On A Budget

Looking For an ICO Whitepaper Template? Here’s What You Need to Know

Why Businesses Should Invest in Document Management Systems

How to boost your investment income

10 Personal Finance Tips to Help You Save Money

The Advantages of Company Registration in Sharjah Media City

Magical Ways to Overcome Fear and Frustration in Forex Trading

Internal and External Sources of Recruitment

How Great Web Design Can Make a Difference to a Business...